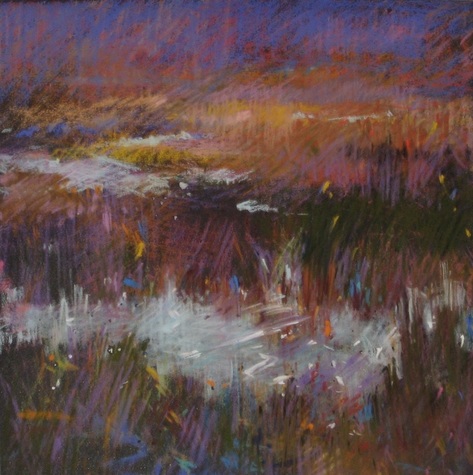 Joanne was born in Cumbria and studied at Carlisle College of Art and now, lives in Worcestershire.
The rugged coastline of the North West and the wild fells of the Lake District still have a strong influence on her work.
Although working with a variety of media Joanne finds that drawing and sketching are most important.
Her sketchbooks are her visual diaries, recording subject matter and her relationship with the landscape, giving her
a "sense of place."

Painting is an inner journey of expression and feeling for the subject. Joanne's paintings as well as depicting mood,
emotion and atmosphere have richness and depth.

Publications
The Public Catalogue Foundation.Oil Painting in Public Ownership.
BBC Your Paintings bbc.com
Who's Who in Art

Joanne exhibits with numerous galleries, and throughout her career has received many awards and
commendations